Lynnhaven is a progressive independent school for learners in grades K-12, that was founded in 2010 by education leader Johnathan Harris. He wanted to build a school with strong academic standards for motivated students, who had an intrinsic desire to accomplish their personal best. Over the years, his vision continues to be actualized. As a result, every graduate has gained entry into a college of their first choice.

​When Mr. Harris was growing up in rural southwest Virginia, as the youngest of five children, he often felt like school was in the way. What he wanted to be doing was playing outside on his farm, playing baseball, or working at the local animal hospital where his late mother had worked. His sister Jennifer felt the same way.

She equally loved animals and grew a passion for helping people, which led to a nursing career. She felt that learning was a lot of fun, but that school itself just wasn’t built for her. Mr. Harris and Jennifer would talk about what the “perfect” school would look like. Small, fun, hands-on approach to learning, with problem-solving at the core of learning and teachers who could connect with students.

Mr. Harris always kept those conversations tucked away in his memory. While he was in college, preparing to be a teacher, Jennifer passed away after years of health complications. After teaching and working in administration for a little over a decade, the dream that started between him and his sister surfaced again. Mr. Harris knew the only way to actualize what he and Jennifer envisioned was that he created a school himself. In 2010, Lynnhaven was born. 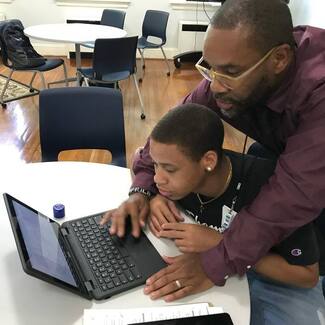